I decided to compile a list of video games to look forward to in 2017 as the year draws to a close. These are the types of games that sometimes make you regret you have a job in the first place because you will be tempted to stay in your house all day…

I decided to compile a list of video games to look forward to in 2017 as the year draws to a close. These are the types of games that sometimes make you regret you have a job in the first place because you will be tempted to stay in your house all day. And eat your socks for nourishment if you have to. Some of them have already been teased by developers through trailers and a peek at game plays, and it only made us pine for them more.

List of Video Games To Get Your Adrenaline Pumping In 2017

Creating a list of video games is always tricky, but something will always be left out and then you get butt-hurt boys crying about their favorite title being excluded. Now, this catalog is no more or less superior compared to the other lists out there. But there are four elements to justify their inclusion: a.) Great Story; b.) Gameplay and visual design; c.) Challenge; and d.) Replay value.

Also, I can’t discount the buzz generated by these games. That typically means I am listing down the established franchises. Although there are one or two new titles I included here as well.

So here’s the list of video games you can look forward to for next year: 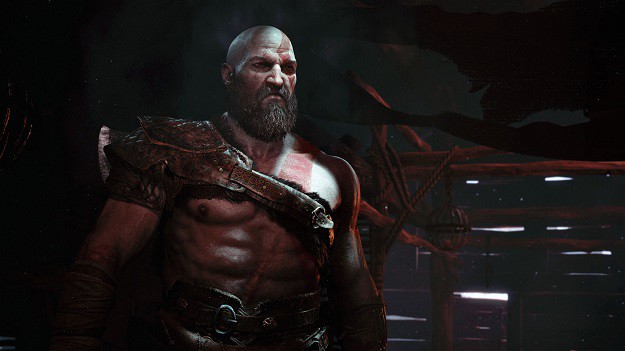 This game is so good, I made it my header picture. By now, you know the mythology. Kratos the son of Zeus is a father himself and trying to forget his violent past in order to be a good role model for his son. Throughout the gameplay you have the young boy with you, as well as your rage all bottled up inside. It’s not clear how some fans will receive it but it’s to make the story more interesting. It’s a no-brainer to include Mass Effect: Andromeda in our list of video games to look forward to for 2017. Noted for its critical and commercial success in EA’s game, you play a leader of space soldiers whose heroism and courage will be tested in a battle for humanity’s future and the survival of our galaxy. It will be launched in Q1 of 2017.

3. The Legend of Zelda: Breath of the Wild Few can match The Legend of Zelda franchise in terms of breadth and scope. Of course, there’s a bit of nostalgia involved of why we included it in our list of video games for 2017. Now, Link has no memory as he wakes up in Hyrule. But there’s a new villain in town, again bent on conquering the world and only you are able to stop him. Reportedly, it will launch for the Nintendo Wii U and the Nintendo Switch in March of next year. There are new playable characters in Injustice 2, which is why it made it in our list our video games. You can now choose to play Aquaman, Batman, Blue Beetle, Flash, Gorilla Grodd, Deadshot, Atrocitus, and Harley Quinn. You also get a chance to upgrade your character with every victory, so by the time you win consecutively, you’re character would be the most badass in the arena. Image via Segment Next

The storyline will follow right where Resident Evil 6 ended. You play Ethan and you will try to find your missing wife inside a plantation mansion owned by the Baker family in Dulvey, Louisiana. The good news is you don’t have to play the first six installments in order to enjoy this game. As far as creepiness is concerned, it’s right up there in our list of video games for 2017. While Street Fighter might have contributed to making fighting games mainstream, the Tekken franchise just brought the whole thing to another level. Now, we are up to Tekken 7 and expect more fun and intense competition, whether you play with your friends or pit your skills against the computer. With even new characters like Josie Rizal, Kazumi Mishima, and Katarina Alves, how can I exclude this from our list of video games? Forget they have different eras for a second since in For Honor, you get to pit Vikings, Samurais and Knights against each other. And there’s also the eight-player online mode where it plays like CS: Go but with blades. How cool is that? Set in modern day setting, you play a member of an elite special unit ordered to take down a drug cartel in Bolivia. You don’t go back in time like Battlefield 1 or go forward into the future like Advanced Warfare. This game keeps it simple without holding back on the fun, in terms of shoot-em-up games. This is why Ghost Recon Wildlands makes it to our list of video games to look forward to in 2017. Pirates? Check. Lots of fighting and treasures? Check. Alcohol? Check. Those are just what you need to know about Sea of Thieves. And they are more than enough.

Platinum is a relatively new company, but to its credit, it managed to create a buzz for its new RPG game, Scalebound. You play Drew and get to ride a dragon named Thuban. However, you two are linked together and what happens to the other will impact on your character. If the dragon dies, you die. You can even warg into the dragon at some point.

Here’s a gameplay demo from of Scalebound courtesy of OutsideXbox:

Those are my list of video games you can look forward to for 2017. Again, the list is by no means incomplete as there are literally hundreds of titles out there. But these made the list for a reason, not least for their commercial successes in the past, but rather they’ve developed quite a following over the years (except for some new titles).

You can also read these articles  for more articles and posts on gaming. I am looking forward to Tekken 7 since this is one of the earliest games I’ve come across with. Which of these video games are you looking forward to? Share your thoughts in the comments below.